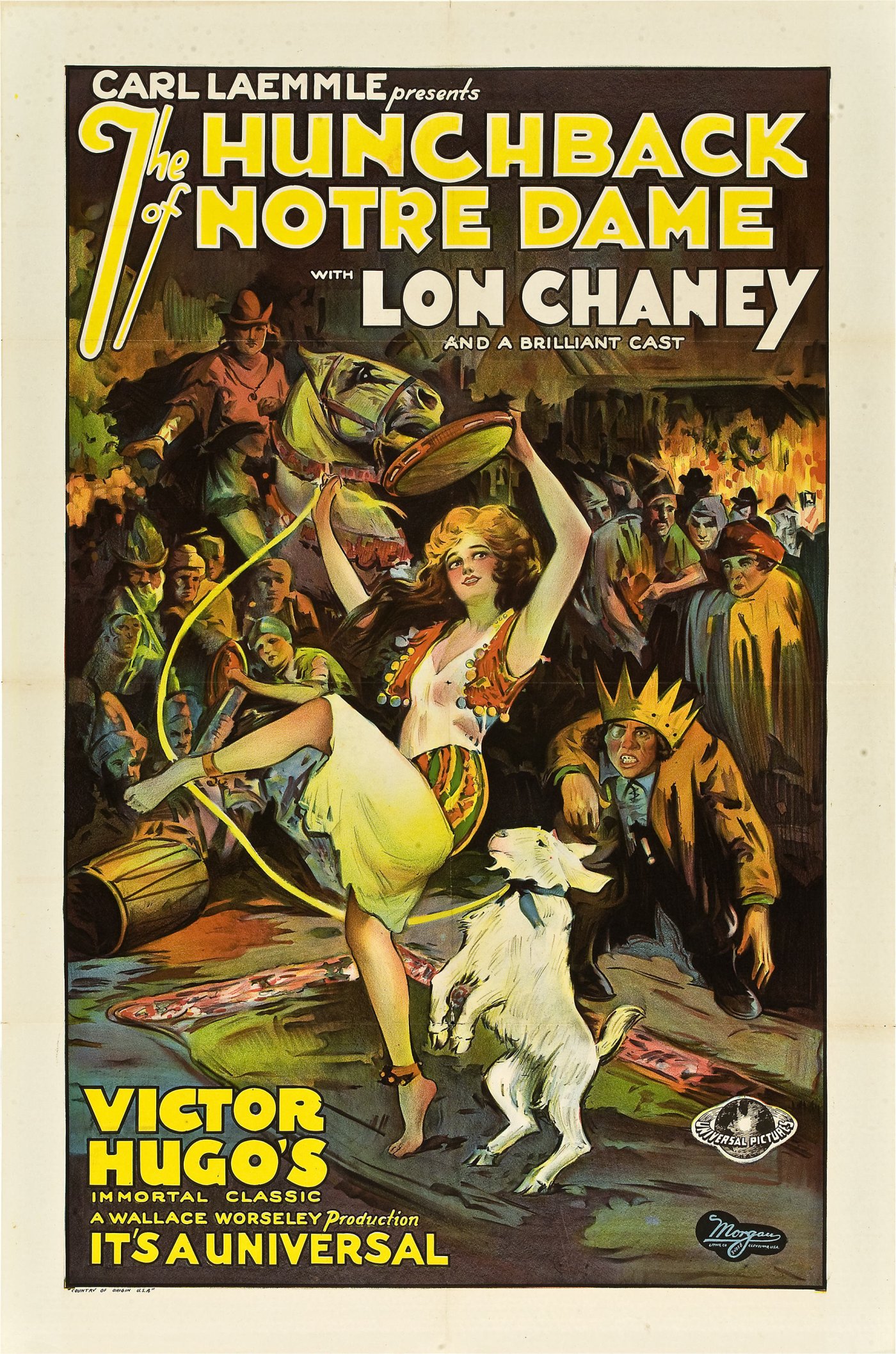 On April 15, 2019, I watched the television news with dismay and grief. The medieval cathedral of Notre-Dame de Paris was engulfed in flames, a city’s history and architectural soul escaping in thick, acrid smoke. As I feared for the grand structure’s future, I was simultaneously taken back to 2004, when my wife and I had walked its vaulted interior.

“Swift run the sands of life, except in the hour of pain.“

We were American twenty-somethings on our first trip to Europe and we had dedicated the morning to exploring the building. Constructed between the 12th and 14th centuries, the cathedral was designed to teach illiterate parishioners stories from the bible. Those tales came alive most especially in the intricate sculptures of the facades that surrounded the portals. We admired these for nearly an hour before finally entering.

As we explored the interior we continually found ourselves in the presence of a middle-aged French couple, presumably from the countryside, who were also looking on with gleeful awe at the art and architecture. We recognized in their expressions the same aesthetic worship. Though neither of us spoke the other’s language we managed to trade knowing smiles and gestures to share in our mutual appreciation and to ensure that neither party missed a hidden treasure. After losing the couple for a time the gentleman hurriedly returned to us, out of breath and sweating, holding up two fingers and then pointing towards the ceiling. The excitement on his face told me it was urgent. Through pantomime I somehow gathered that the tour guides were allowing two more visitors into the belfry towers. I thanked him profusely for his generosity and we followed him up the winding stone stairway (it’s truly remarkable how far he ran just to find us) up the tower and beheld an unmatched sight. This review is, in part, a public thanks to this stranger’s kindness.

We, along with the iconic gargoyle chimeras that perched on the edges, looked out upon the city. I imagined how this view must have changed over the course of the cathedral’s long history, pondered how many had stood where I was standing, and pictured in my mind’s eye the passing of time: the infamous filth of medieval Paris transforming into the City of Light, the Eiffel Tower rising above the cityscape like an elegant needle (with Tour Montparnasse protruding more crudely afterward). When we entered the belfry another vision came inescapably to my mind — the giant bell swinging and ringing from the enthusiastic pulls of the rope by the squat hunchback, Quasimodo. How could I not envision this? That fictional figure is tied to the identity of Notre-Dame de Paris just as the cathedral is tied to the identity of the city.

Thinking back in 2019, I recognized how fitting it was that Victor Hugo’s creation came once again to me. Hugo had written The Hunchback of Notre-Dame (simply Notre-Dame de Paris in its original French) as a way to save the structure from contemporary threats. In the early 19th century, Gothic architecture was regularly replaced, neglected, or outright destroyed to make way for the latest styles. In an effort to create greater awareness for these wondrous medieval works, Hugo published in 1831 the famous novel that would instill an appreciation for the cathedral with its long descriptive passages of the structure. The novel was a massive success, encouraging a historical preservation movement and helping to usher in a renewed love for the architectural form — Gothic Revival. In many ways, Hugo’s hunchback saved Notre-Dame. And when I pictured Quasimodo swinging from the ropes it was not the Disney cartoon nor Charles Laughton that I envisioned, but the American silent horror film star, Lon Chaney.

1923’s The Hunchback of Notre Dame is not a traditional horror film, but it nevertheless had a profound influence on the genre, particularly with regard to its direction with Universal Pictures. Lon Chaney held the rights to the story and was committed to playing the hunchback. Advertisements of the film clearly linked Chaney to horror within the role. One trade wrote that “the Quasimodo of Lon Chaney is a creature of horror, a weird monstrosity of ape-like ugliness, such a fantastically effective makeup as the screen has never known and in all human probability will never know again.” What horror was present proved too much for Variety, which gave the film one of its rare negative reviews. It declared that the film “is a two-hour nightmare. It’s murderous, hideous and repulsive. No children can stand its morbid scenes, and there are likely but few parents seeing it first who will permit their young to see it afterward. Mr. Chaney’s… makeup as the Hunchback is propaganda for the wets.” 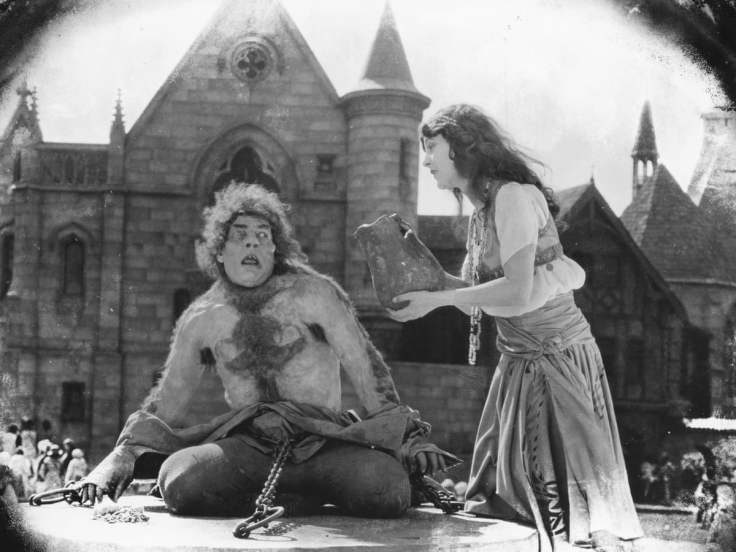 Chaney’s performance would catapult his already considerable stardom further. The director, Wallace Worsely, had worked with Chaney previously, including in 1920’s The Penalty. Chaney would also assist in much of the direction and artistic decisions, and had rights to the final cut of the film. Of course based upon Victor Hugo’s novel, a notable change from the source material is the transformation of Archdeacon Claude Frollo from literary villain to saintly hero, an adjustment brought about by pressure from the policy of the National Association of the Motion Picture Industry’s “Thirteen Points” which forbade depictions of Roman Catholic clergy in a negative light. The movie became Universal’s most successful silent film.

The film is in many ways a response — a challenge, even — to the German Expressionist cinema that arose from the ashes of the Great War. The Cabinet of Dr. Caligari, in particular, was an artistic breakthrough from a recent foreign enemy that injured the nationalist pride of American filmmakers. Their response was not to adopt the artificiality and emotionality of Europe, but to make a spectacle of the American propensity toward realism. Universal would produce three big-budget “Super Jewels,” as they were called, each driven by displays of the grotesque This emphasis on deformity and amputation was largely a reaction to the physical traumas of returned veterans whose bodies bore the evidence of the recent war. Hunchback was the first, with The Phantom of the Opera (1925) and The Man Who Laughs (1928) following.

“Hear me, you two-legged cattle, and learn how to become men. Were you not also born of women after the manner of kings?”

The production of the film is, even by today’s standards, astounding. The recreation of 15th century Paris, and especially of Notre-Dame Cathedral, remains impressive. The scope and attention to detail was so complete it prompted one contemporary to quip that if the filmmakers spent as much effort in rebuilding actual Europe as they did in recreating it in Southern California, no traces of the devastating Great War would remain. The duplicate cathedral stood until it was destroyed by fire in 1967. Other elements are wonders to behold, such as the hundreds of extras used, many of which were reportedly prostitutes who plied a lucrative trade during production.

Even amidst all of this spectacle, the show belongs to Lon Chaney. Truly, it is a joy to watch him swinging from the bells or laughing gleefully as he drops stones and molten lead upon the mob attacking the cathedral. Chaney did his own make-up effects, making him a horror pioneer with every new trick, and the hunchback’s visage was his most complicated to date. Using putty on his cheeks and to cover an eye, while also wearing dentures, a wig, and a cumbersome body-suit, Chaney manages to be expressive and nimble. In order to prepare for the role and to do it proper justice, Chaney interviewed people who suffered from various kinds of physical deformities. As a price for his realism, he reportedly suffered back pain and vision problems afterward.

Other future horror alumni are present in the film. Captain Phoebus is played by Norman Kerry, who would appear again with Chaney in The Phantom of the Opera (1925) and in Tod Browning’s The Unknown (1927). Jehan, the main villain, is played by Brandon Hurst, who went on to appear with Conrad Veidt in The Man Who Laughs (1928) and, after the dawning of talkies, with Bela Lagosi in Murders in the Rue Morgue and White Zombie, both in 1932, and then with Boris Karloff in 1944’s House of Frankenstein.

Chaney’s Quasimodo was the catalyst of what would become the pantheon of Universal Monsters, and it would set the standard for horror films thereafter. The series’ first true horror entry, The Phantom of the Opera, also had the titular role memorably played by Chaney. While not a horror film per se, The Hunchback of Notre Dame nevertheless expanded the horizons for the genre and laid the trail for a new generation of “gods and monsters.”