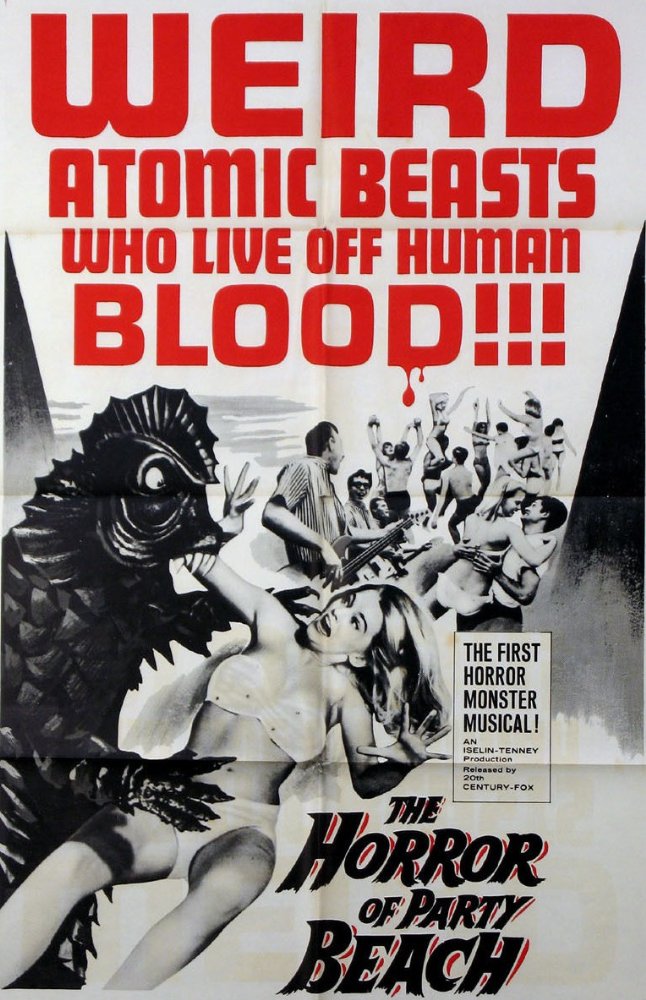 The film that billed itself as “The First Horror Monster Musical” was fifteen years later described by Stephen King as “… an abysmal wet fart of a picture” (Danse Macabre 164). Filmed in Connecticut, The Horror of Party Beach (1964) sought to cash in on the popularity of both the Roger Corman-style shockers and beach party movies by combining the two genres, complete with rock ‘n’ roll tunes, biker gangs, and “beach blanket boppers in their bikinis and ball-huggers.” When director Del Tenney passed away in 2013, the Stamford Advocate had this to say: “Connecticut had its own Ed Wood, an actor, director and entrepreneur named Del Tenney who made a series of truly awful pictures in the Stamford area during the 1960s, the most notorious of which is Horror of Party Beach, a 1964 drive-in quickie about an atomic mutation that terrorizes Stamford (“party beach” was actually Shippan Point).”

The story tells of creatures created by dumped toxic waste who come ashore to kill beach-goers – young people dumb enough to continually return to the site of danger to display their bad 60s beach fashion, bad 60s beach dancing, and bad 60s innuendos. The monsters are a far cry from the Creature from the Black Lagoon (1954) and look stiff and made from papier-mâché. Tenney directs the film with the grace of someone who just discovered the features on their new camcorder as zooms are continuously and needlessly overused. Add to this an offensive mammy stereotype that makes it difficult to believe that The Civil Rights Act would be signed just a few months after the film’s release. Finally, we get some original music by The Del-Aires, although the drummer is conspicuously absent despite our clearly hearing percussion. 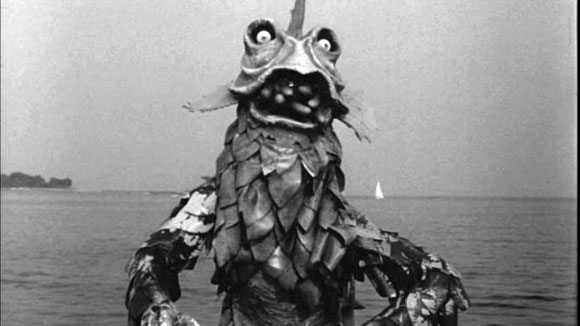 Nevertheless, even Stephen King was willing to grant it some credit for being ahead of its time (and not just by foreseeing the popularity of motorcycle movies). King sees some credibility, albeit unintentional, in the film’s pointing towards the impending danger in how we dispose of nuclear waste:

“The fact that they created a film which foresaw a problem that would become very real ten miles down the road was only an accident… but an accident, like Three Mile Island, that perhaps had to happen, sooner or later. I find it quite amusing that this grainy, low-budget rock ‘n’ roll horror picture arrived at ground zero with its Geiger counters clicking long before The China Syndrome was even a twinkle in anyone’s eye.”

Even a broken clock is right twice a day, as the saying goes, and it takes only a little seemingly insignificant spark to reveal spilled gasoline. But we don’t go to movies like The Horror of Party Beach to be stimulated intellectually – we’re looking for other parts of the body to be stimulated. While it’s goofy and tame today, it was sort of sexy stuff back then. For modern viewers, however, it at least still passes for tasteless entertainment. 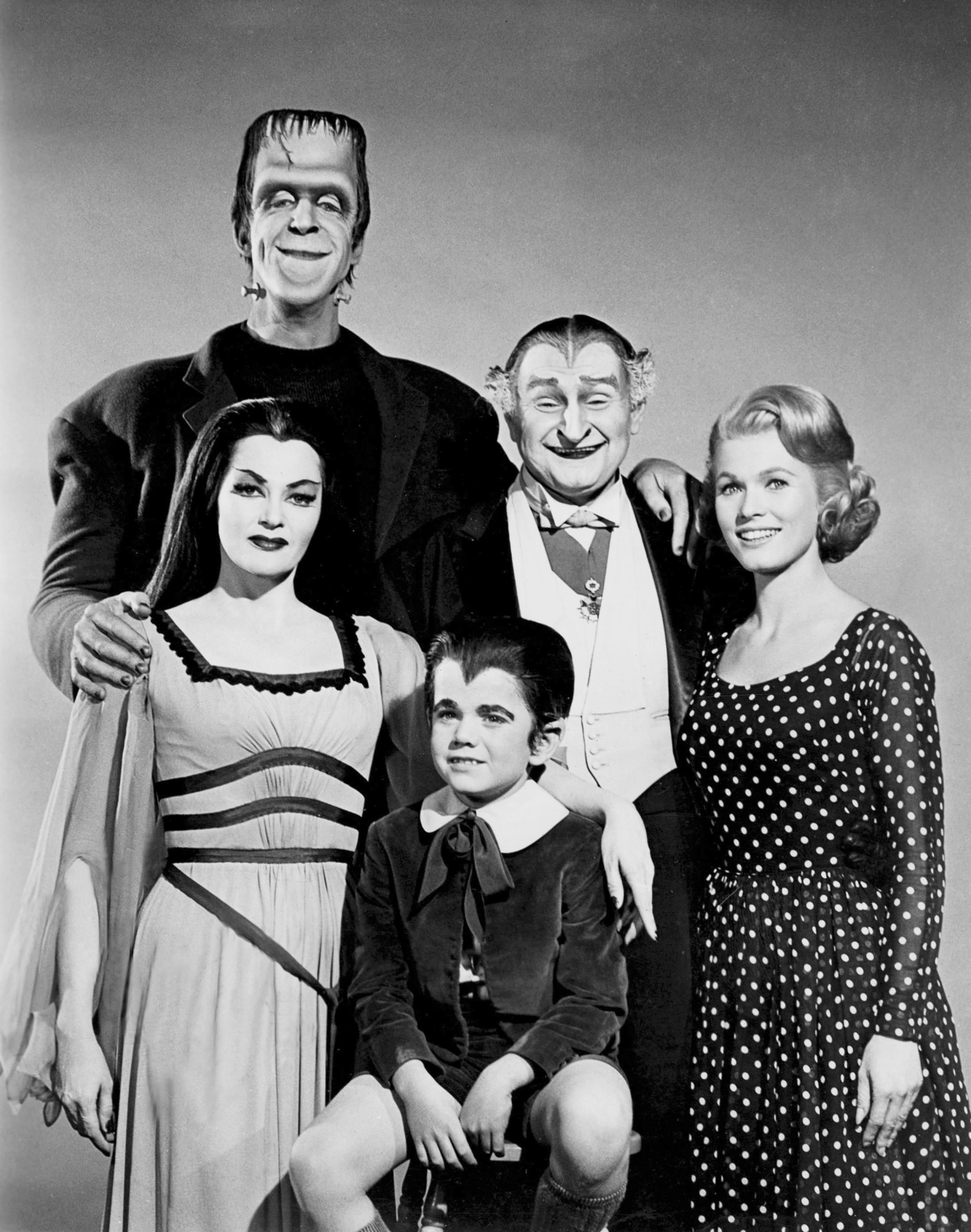 This review is part of the Daddy Dreadful review series.

Monsters, especially popular ones, go through curious phases. When they first appear they terrify audiences, and then as their exposure increases they become more farcical. Finally, they become kid’s toys. In my own lifetime I witnessed the phenomenon of Freddy Kruger go through these stages, from being a serious slasher villain – a child murderer (and suggested molester), in fact – to a humorous trickster and finally to being on kids’ lunch boxes at my elementary school.

Half a century before Freddy, as the nation reeled from an economic depression, Universal unleashed their monsters on the American public, terrifying unsuspecting viewers. A decade later the comedic duo Abbott and Costello were sharing the screen with them. In the 1950s teenage horror schlock dominated the drive-in screens, but at home children were gathered around their televisions to watch these monsters through a new generation’s eyes. Universal sold its monster movies to television, never anticipating what a massive cultural phenomena it would generate – especially for kids.

By the early 1960s horror was largely a genre for children. Beginning in 1958 the magazine Famous Monsters of Filmland was being devoured by kids and by 1961 Aurora Model Kits was releasing monsters for youngsters to build themselves. Soon afterward the creators of Leave It to Beaver came up with an idea for a show about a family of harmless monsters trying to fit into modern American suburbia. The Munsters played on the already tired tropes of TV family sitcoms and subverted them with macabre jokes and slapstick humor. Another show with a similar horror theme, The Addams Family, aired at the same time, but whereas the Addams clan was humans who dwelled on death, the Munsters were actual living dead who never quite grasped that people found them horrific. Case in point, one of the running gags was that their niece, Marilyn, named and modeled after Marilyn Monroe, was a beautiful young woman who was nevertheless viewed by herself and her family as the unfortunate ugly duckling. 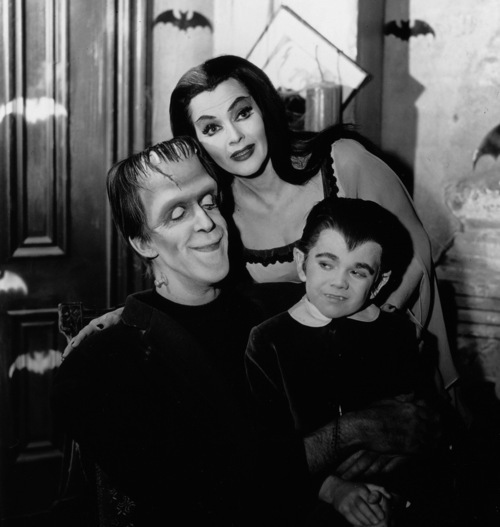 The Munsters ran from 1964 to 1966 and while it never garnered critical success it was immensely popular with kids. Even today there is much to appreciate, particularly the comedic duo of Fred Gwynn as Herman Munster and Al Lewis as Grandpa Munster, two actors who had already formed a comfortable professional relationship in Car 54, Where Are You? (1961-1963). Truly, they remain one of the great television comedy teams.

1964 was a significant year in American history. The country was turning away from the conformity of the previous decade and approaching the social unrest and generational discord that would come to define the 1960s. It was the year that The Beatles turned teenage girls ravenous, the Gulf of Tonkin became a flash-pan for Vietnam, LBJ declared a “War on Poverty” and signed the Civil Rights Act, and three civil rights workers were found to have been murdered by the Klan, causing a national uproar. The Munsters was not explicitly metaphorical, but it is surely recognized as a social commentary on the changing American landscape, at least in retrospect. After all, they were “those people” moving into the white suburban neighborhood. They were benign but misunderstood, villainized from no fault of their own. Herman sent people running scared due to his visage but in the end he was a devoted father trying to forge the best life for his family – he just happened to look different. The Munsters were the misunderstood outsiders – is it any wonder that kids latched onto them so fiercely?

This past summer watching The Munsters became a morning routine during breakfast. I wasn’t sure how my son would react to his first black and white show, but he loved it. He laughed at the physical humor and quickly learned the characters’ names. He saw something of himself in Eddie Munster, who carried around a stuffed animal the way my son carried around his Teddy. Each morning he’d ask to watch “the monsters” while we cooked and ate and my wife and I would happily oblige. I enjoyed the show’s reruns as a kid and found a lot to enjoy watching it this time around, laughing unapologetically at the admittedly terrible jokes and puns. The first few episodes are rocky but by mid-season the show has its footing. Just as in 1964, there are far worse ways for a family to enjoy each other’s company.

Recommended Age: 3+
Final Thoughts: Highly recommended. The Munsters is classic television that can still be enjoyed by the kid in all of us.