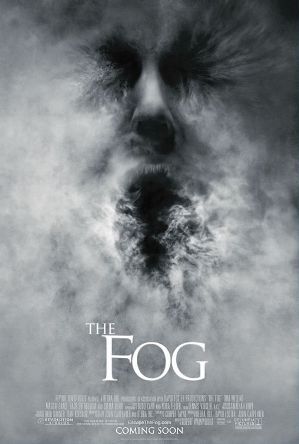 John Carpenter’s The Fog (1980) is considered a minor horror classic, though an imperfect one. Among Carpenter’s impressive early outings it is, by his own admission, the one with the largest possibility for improvement. It’s a thoroughly enjoyable film, not so much for its effects, and it’s not a very scary film, but the story that it tells of a leper colony being betrayed by the founders of a quiet island town that returns after one hundred years in a thick fog to exact revenge upon the descendants, is a fantastic backdrop to a ghost story. If any horror movie could be improved with modern technology, with the potential to be greater than the original, it is this one.

What a profound disappointment, then, is the lifeless, boring remake that is 2005’s The Fog, directed by Rupert Wainwright. Wainwright had directed 1999’s Stigmata which, although not a great film, showed more promise than this offering. Though the basic story remains the same, save for a few tweaks, all other elements have been dumbed down and tamed for the adolescent crowd. The film is a perfect example of the same manufactured, generic, formulaic celluloid that is continuously churned out of the Hollywood horror factory, complete with beautiful actors in their underwear ready for the teenage consumer market.

In addition to the audience’s target IQ, the film has also lowered the ages of its main protagonists, which works only to its detriment. Instead of the everyman Tom Atkins, who is easy to relate to and identify with, we get the handsome, jockish Tom Welling, who adds nothing to the film and who unfortunately has no screen chemistry with the female lead, played by Maggie Grace. The characters are paper thin and are made to fit their stereotyped roles, including the token black friend who exists only for comic relief. Other problems persist, such as that the film cannot seem to decide on the motive of the mist and the final scenes leave the viewer dumbfounded and feeling cheated.

I have very little interest in the fashion world, but I am aware that designers will create budget-friendly, off-the-rack clothing based upon their top-of-the-line, thousand-dollar pieces. Movies such as this remind me of those identical, ten-thousand-of-a-kind blouses. They are of a lesser quality and made for the maximum number of consumers possible, marketed as the latest thing when really it’s the same crap they sold you twenty years ago, maybe even twenty days ago. Most buyers know they are not paying for the best. Unfortunately, though, too many young people being introduced to horror will not know that this new version may have capable CGI and a hot blonde, but it is a poor, dollar-store quality film when compared even to its flawed original. It is New Coke. Please, if you must see one, stick with the recipe that worked the first time around.