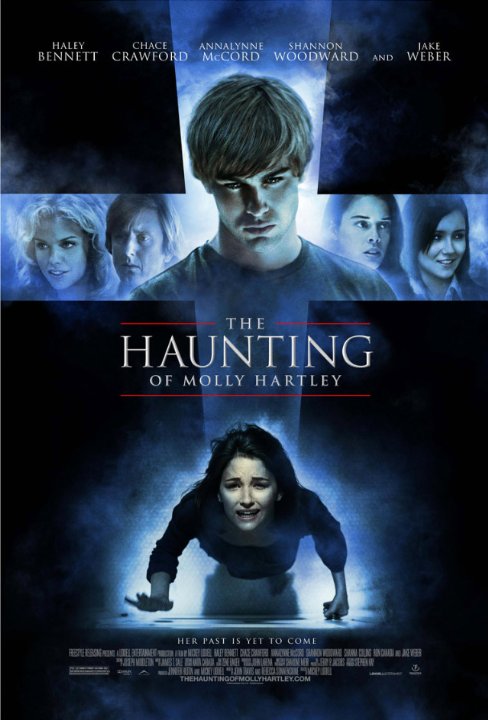 2008 was a year in which true horror was released upon cinema in the unholy trinity of sub-par, terrible tween horror. Including One Missed Call and Prom Night, The Haunting of Molly Hartley, directed by Mickey Liddell and written by John Travis and Rebecca Sonnenshine, is probably the best of these three films, and that is all that can nicely be said about it. The story follows a teenager whose mother tried to kill her, and as she enters a private school and copes with the trauma she begins to believe that she is destined to become an agent of Satan unless she can do something to stop it. Think a prettier Damien: Omen II (1978), but less competent.

The plot of this film can be found in about the first and last five or ten minutes of this overly long film and the rest is simply teen drama filler fit for an ABC Family Channel series. Just in case you begin to fall asleep or forget you are supposed to be watching a horror film, there is a fake jump-scare at regular intervals, and you can safely guess that a bathroom mirror is involved in at least one. Each attempt at generating fear fails under the oppressive weight of its ineffective clichés and from a story line that is impossible to become invested in. In all fairness, Haley Bennett as the titular Molly makes a valiant effort as the lead but cannot hope to save a film which has her jumping at shadows every couple of minutes. The characters – attractive, privileged white kids – reflect who the target audience is.

It also helps if said audience belongs to a fundamentalist Christian youth group. Though the only Christians in the movie are extreme caricatures, they are also justified for their fanaticism and paranoia. The movie is light on horror enough, but religiously overtoned enough, to play well at a conservative Christian teen sleepover. Just for the record, that wasn’t a compliment. Truly, the movie’s biggest crimes are that it’s terribly dull and uninteresting, because by the time Molly is begging to accept Jesus as her savior we are merely begging for the film to end, and are willing to sell our souls to the Devil to see it done.