DADDY DREADFUL – Alvin and the Chipmunks Meet the Wolfman (2000) 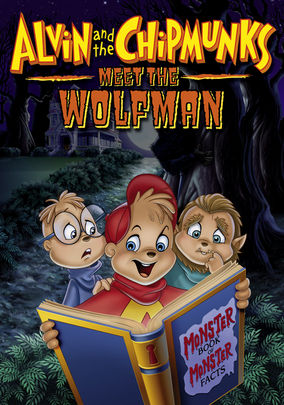 This review is part of the Daddy Dreadful review series.

Daddy Dreadful Review – Alvin and the Chipmunks Meet the Wolfman (2000)

As I wrote in my review for Alvin and Chipmunks Meet Frankenstein (1999), the Chipmunks were a staple of my 80s childhood and the two comedy-horror direct-to-video films put out by Universal in 1999 and 2000 are the last appearances of that incarnation of “the boys”. In their first film I mostly enjoyed their antics with Frankenstein but found the experience generally uneven and unfocused. Nevertheless, I was interested to see what they would come up with in their meeting with the Wolfman.

After the film was over I still had a smile playing on my face. Alvin and the Chipmunks Meet the Wolfman (2000) has a lot for horror fans to enjoy. The script is funny and smart – it had me laughing aloud several times – and it shows knowledge of and respect for the genre. Those who know the classic Universal monsters will pick up on the names, references, and visuals used throughout the movie. Additionally, like the werewolf and Jekyll/Hyde movies that came before, the dual nature of man is the theme, reflected in the timid Theodore discovering through lycanthropy that he has other sides to himself. Whereas the previous movie derived its humor from Hollywood clichés and jokes about celebrity, this time the writers looked directly to the horror genre for inspiration and managed to mine some gold. The music, also, is of the top-quality Chipmunk variety.

My son enjoyed the film, especially the songs, but the feature-length run-time left his attention straying towards the second half. Of course, the more nuanced elements went right over his head. However, my interest never wavered. Whereas Alvin and the Chipmunks Meet Frankenstein felt disjointed and unpolished, Alvin and the Chipmunks Meet the Wolfman truly feels like a squeaky-voiced love letter to the genre’s early film history. Perhaps due to this, the horror elements may be strong for more sensitive young children, but they’ll certainly keep their parents’ attention.