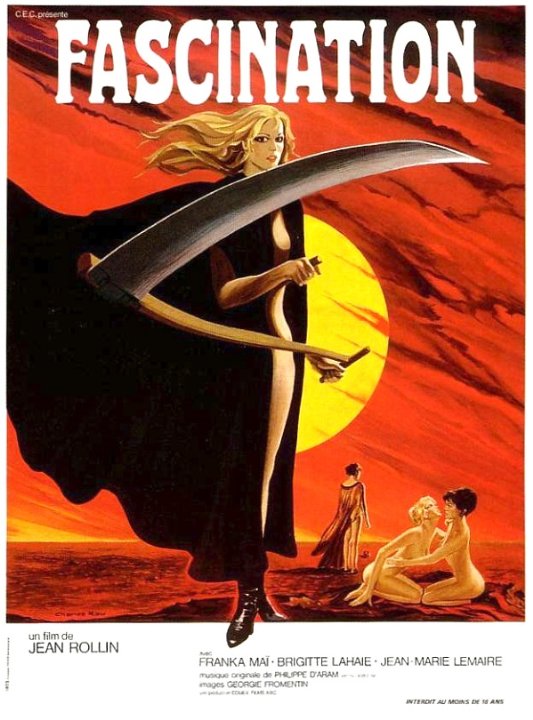 This being 1970s erotica, there are plenty of nude women and stilted, awkward sex scenes. The two lesbian lovers who harbor a sanguineous secret, Elizabeth and Eva, are played by the beautiful Franca Maï and Brigitte Lahaie (then a porn actress), respectively. The story centers on a thief on the run who hides out in the girls’ chateau, curiosity leading him to stay with them to find out what secret activities these bourgeois women and their friends are up to at night. Themes of class conflict run through the narrative, and the title refers to fascinations of all kinds, be they sexual or morbid.

Overall the cinematography is very appealing, helped by soft and natural lighting, yet the editing is uneven as scenes tend to run on too long and the pacing suffers as a result. The physical effects are almost laughable when compared to contemporary films. It takes much more inspiration from the early, sexually charged vampire Hammer films where a bit of blood was the extent of the gore, and feels dated as a result. Also, the dialogue is repetitive and could have been better served to add more characterization.