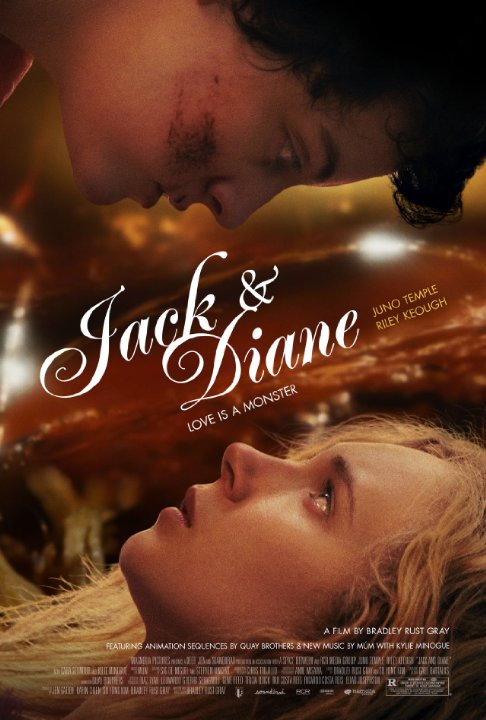 The 2012 hipster lesbian romance film Jack & Diane, which is marketed unquestionably as a horror film, has nothing to do with John Mellencamp’s famous “ditty.” Why they chose those names and picked that title then is as mysterious and as needlessly gratuitous as most of the other decisions made in this film. Written and directed by Bradley Rust Gray, the movie’s official site describes it as thus:

“Jack and Diane, two teenage girls, meet on a summer day in New York City and spend the night kissing ferociously. Bubbly and naïve, Diane’s charming innocence quickly begins to open tomboy Jack’s tough-skinned heart. However, when Jack discovers that Diane is moving at the end of the summer, she pushes Diane away. Diane is overwhelmed by her powerful new feelings, and they begin to manifest themselves in terrifying ways, causing unexplainable violent changes to her body. Young love is a monster – can Jack and Diane survive?”

So that’s what I was supposed to get out of this? That actually sounds like a movie I’d really like to see. What we actually get are two girls wandering around New York City, mumbling to each other while sitting in close proximity as the viewer struggles to hear what they’re saying (and then wonders why they cared at all). The romance we are supposed to see is never convincing, and in fact the actresses look like they are barely tolerating each other’s company. I have to guess that whoever wrote the above description has never actually seen or experienced “ferocious” kissing, as what we ever see from the characters physically is incredibly tame. Diane (Juno Temple) appears confused and lost most of the time, and we aren’t given reason to believe that her supposed same-sex attraction is something new. Nevertheless, she has vague dreams about werewolves which I assume are meant to be a metaphor for her repressed desires, but both characters come off as more disinterested than repressed. I don’t feel I can lie all of the blame on the actresses, for there isn’t much in the script for them to work with. If they didn’t say that they had feelings for one another we’d never know it, and even then we don’t believe it.

The werewolf sequences are never committed to and add nothing to the story, and their manifestations are hardly terrifying. Like various other subplots and attempts at symbolism found throughout the film, the horror inclusion comes off as confused and unnecessary. The filmmakers appear to have wanted to make a quirky, artsy, understated romance with some edge, but managed only to muster a dull, incoherent experience with no substance. Not much actually happens in Jack & Diane, and even the clever but underutilized stop motion animation sequences of hair moving around organs are not enough to recommend this film to people. A movie can be incoherent so long as it remains entertaining. The elation I felt when the words “The End” finally came upon the screen, as I shook myself from a bored stupor, were enough to reveal my feelings about it.