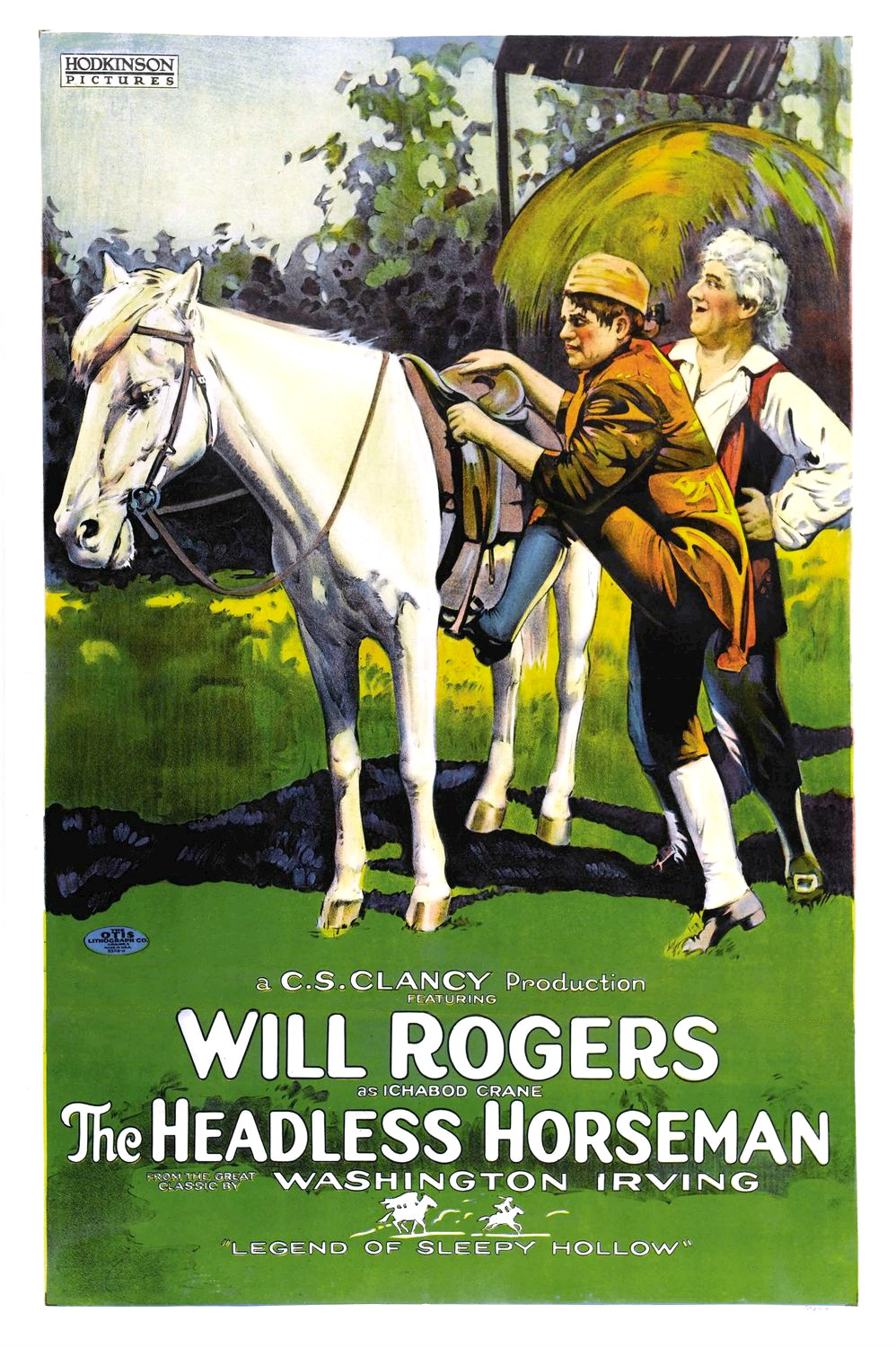 The Headless Horseman (1922) is a fairly light and straightforward adaption of Washington Irving’s “The Legend of Sleepy Hollow” (1820), mixing in some comedic elements from Will Rogers, who plays against type as the stern and arrogant Ichabod Crane. Rogers, who sometimes wrote his own inter-titles, likely wrote some of the jokes in this film as well.

Filmed in the Hudson Valley region and around Tarrytown, NY, the location of Irving’s tale, the film tries to stay true to the setting and landscape, though these locations ultimately add little to the experience. Of historic interest, this was the first feature to be shot on the more expensive panchromatic black-and-white film, which was an advancement on the orthochromatic stock as blue skies and blue eyes no longer  became a stark pale white nor red lipstick turn black (though those unintended effects arguably contribute to the haunting quality of many silent horror films).

The film is competent and of a watchable, workmanlike quality, but offers nothing particularly remarkable. The role of Katrina Van Tassel was played by Lois Meredith in her last major on-screen appearance.

Will Rogers was already popular at the time as a cowboy, humorist, social commentator, syndicated newspaper columnist, and of course, Hollywood actor. Part Native American, Rogers was often called “Oklahoma’s Favorite Son” and would make fifty films during the silent era. However, it was after “talkies” that his signature voice, coupled with his home-spun wisdom and everyman-humor, made him the prime political wit and most beloved actor of the era. He was a loyal Democrat and an outspoken supporter of Franklin D. Roosevelt’s New Deal. Tragically, in 1935 Rogers would die in a plane crash in Alaska after taking off with famed aviator Wiley Post, who was the first to fly solo around the world. Engine failure caused the plane to plummet into a lake, killing both men instantly.