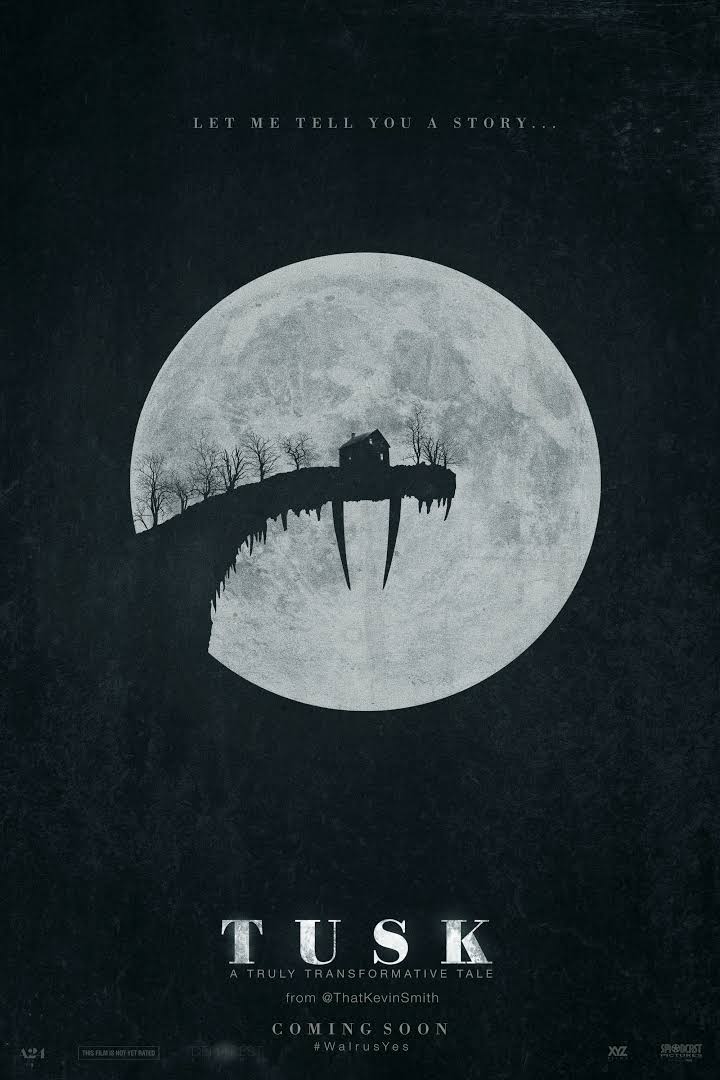 In an early scene in Kevin Smith’s Tusk (2014), Wallace Bryton (Justin Long) tells his girlfriend that it was worth it for a guy who lost his leg because he became famous for it. By the middle of the film, Bryton, who had let fame go to his head and now found himself at the mercy of a mad man bent on making him into a walrus, would no doubt wish to retract his former position. This is the overlying message of the film –that personal relationships and being a decent person are more important than money or fame – but one could be forgiven for not seeing past the odd antics that Smith puts on display.

Tusk began as a conversation on Smith’s SModcast podcast where they riffed on an idea inspired by an actual news article and reached out to listeners to decide if a film should be made about it. This is certainly not the strongest basis on which to found a film, but it makes for an interesting experiment, and an experiment is perhaps the best way to approach the movie.

Smith has a legion of loyal fans who will defend him to Judgment Day as well as detractors who are equally as vehement in their opposition. Smith’s movies were an important part of my formative years in the 90s, and of his films that I’ve seen and had occasion to revisit, I’ve liked about half of them. This puts me about dead-center in the Smith debate, which is a way of saying that I was neither expecting to love nor hate this film upon sitting down to watch it. I’d certainly heard strong opinions on both sides, but I cleared my mind as best I could and was determined to give it as fair a chance as possible.

There’s a lot in this film that works. Firstly, it’s well-cast: Justin Long does a convincing job in his reactions and emotional transitions and Michael Parks as the Dr. Frankenstein-like walrus-lover Howard Howe commands the screen each time he’s present. Smith appears to take some inspiration from Quentin Tarantino with long scenes of dialogue between animated characters, and those between Long and Parks really work, especially when Howe is recounting his oceanic adventures to a slowly drugged Bryton. Some of the absurdist comedy sticks, and I admit to laughing aloud at a few scenes, particularly at an unexpected walrus battle late in the film.

All that being said, there is just as much in the film that doesn’t work, and these closely relate to what has already been said. The long dialogues which come later in the film drag on too long and pale in comparison to the former. A certain flashback scene involving an overly-acted Québécois detective and the killer is painful to watch. Also, the humor involving Canada and the “ugly American” stereotype falls flat. Lastly, Smith should be commended for going “full walrus” in this film, but the narrative begins to stutter and scenes feel more and more like filler as the film shuffles to its rather unsatisfying conclusion.

Like a shoddily stitched walrus suit, Tusk is an uneven amalgam that manages to remain interesting even when it’s struggling to remain afloat. There’s some good filmmaking on display, but to enjoy it requires considerable viewer patience and good will to see it through.