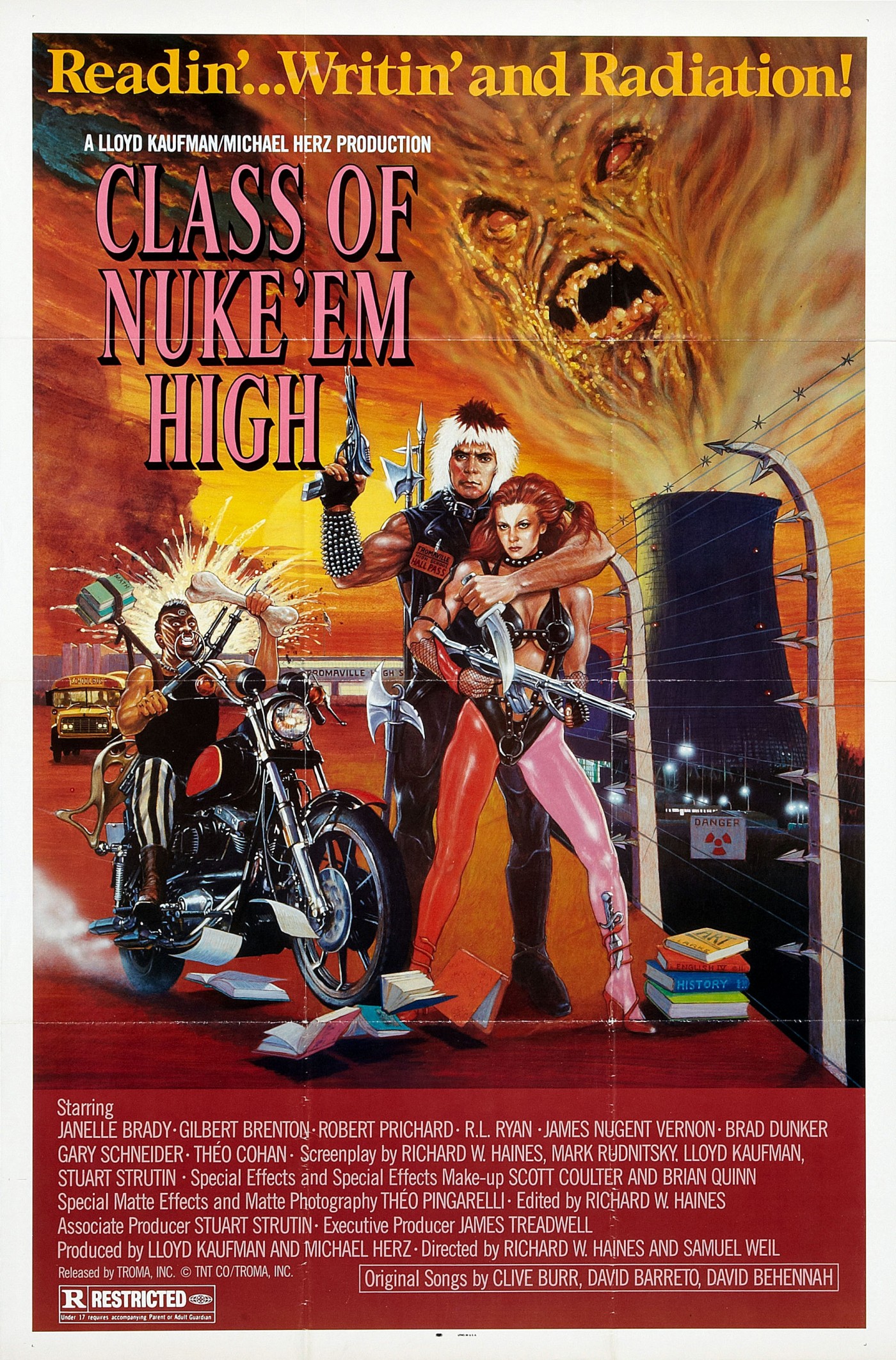 1986’s Class of Nuke ‘Em High, directed by Richard W. Haines and Lloyd Kaufman (as Samuel Weil), is yet another Troma Entertainment release – the first in-house production after 1984’s The Toxic Avenger – that has since become a cult classic. While Nuke ‘Em shares many trash and exploitation qualities with Toxic, it is in many ways a more polished, mainstream film. The absurdist antics revolve around a fairly typical teen sex-comedy as the virginal couple of Chrissy and Warren begin to flirt with drug use and sex – with dire consequences. Though the dangers of nuclear waste and corrupt corporatism play a part (tropes present in Toxic and which would at least in part come to define Troma), the film is more about teen experimentation and telling very timely jokes about the punk scene, which by this time had largely lost its edge. Ironically, however, in a post-Columbine era, the scenes of school violence perhaps make Nuke ‘Em a more subversive film than it was at the time of its release.

Nuke ‘Em is replete with charmingly bad jokes, plot-lines that often go nowhere, and a surprising amount of impressive body horror effects. Editing, too, is impressive, particularly in the end sequence where a spectacular looking monster is killing off invading punks. The creature was not completely formed and clever camera angles and rapid editing cuts make the thing feel far more whole and threatening than it otherwise would. For all the trappings of trash movies that Troma indulges in, Nuke ‘Em reveals that some fairly talented and calculating filmmakers were actually at the helm.

Personally, I prefer the ridiculous extremes of Toxic and how it continually defies viewer expectations. Nuke ‘Em feels more mainstream, albeit barely, as it follows more comfortable plot lines and uses its exploitation aspects more sparingly, yet for this reason it’s perhaps the best choice to introduce new viewers to Troma. For some fans, this is Troma’s best movie in terms of filmmaking, though it manages to keep its humor and visual style very much in the wheelhouse of other Troma offerings.