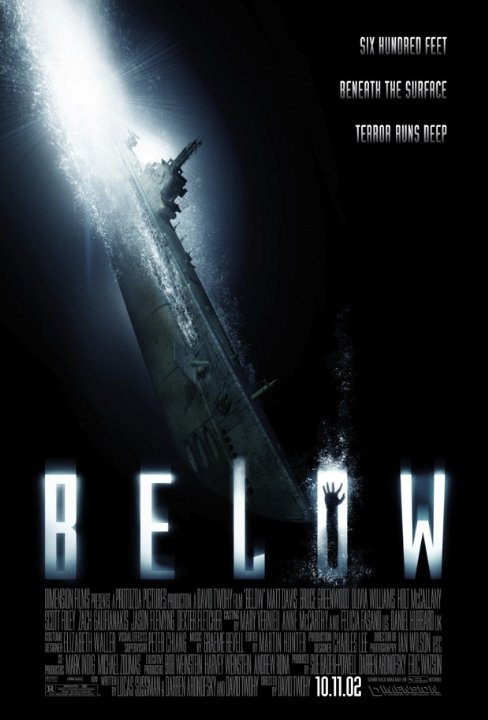 One of my favorite horror subgenres can perhaps be classified as historical period horror (“period horror” sounds too much like something else entirely). As a student and educator of history I am always on the lookout for great historical period dramas – it even allows me to enjoy romance movies with my wife as she can concentrate on the budding love story and I ogle at the historical details of the sets, props, and costumes. Of course, these details usually mean larger budgets, something Hollywood is very rarely willing to bestow upon horror. So it is with excited anticipation each time I sit down to watch a blending of these two genres.

2002’s Below, directed by David Twohy, infuses haunted house tropes into a WWII submarine thriller. Written by Twohy, Lucas Sussman, and Darren Aronofsky, the film takes place in 1943 and follows a United States Navy submarine that experiences dangers both supernatural and temporal while on patrol in the Atlantic Ocean.

With interior sets modeled on the World War II-era U.S. Navy submarine USS Silversides, and using exterior shots on the actual vessel, the film effectively creates a claustrophobic atmosphere, using an incredible sound design to sustain the sense that there is never much room behind the camera’s lens. Truly, the film excels as a wartime thriller, making the most of its setting. One scene in particular stands out as “splashers” sink down from an attacking vessel, exploding charges all around them, and one that has yet to explode can be heard bouncing along the submarine’s hull. In that confined space, every sound is amplified and becomes uncanny, from items scraping against the exterior to whale songs drifting dreamlike into their cramped little world. I am largely ignorant about submarine operations, though I have been on a few vessels, yet the mechanical explanations throughout the film were rational and intriguing, at least for me. 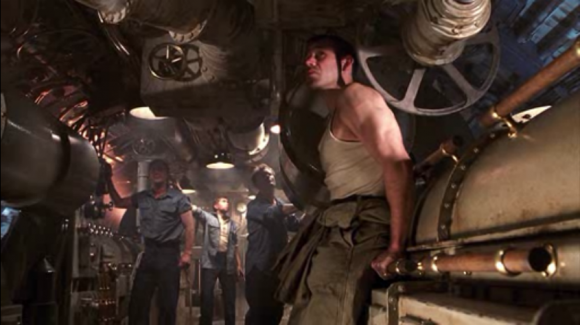 The cast is strong and the characters are given distinctness, though one might expect a real crew to be comprised of younger men than what we see. Holt McCallany is an intimidating figure on the vessel and Zach Galifianakis provides some brief comic relief in an early role as Weird Wally. The scene in which the men surmise that they may be in the afterlife is a particularly good one.

The supernatural elements are largely secondary to the plot and, when present, are executed with uneven success. Some scenarios build great tension while others fall flat, and the film never quite fulfills the potential of its premise. That’s a shame, because the idea of a haunted submarine is scary as hell, yet the ghosts never seem as threatening as the Germans or the very ocean in which they travel.

Below is a taut historical thriller with some supernatural smatterings. Despite some minor quibbles, it remains an effective and overall satisfying experience.