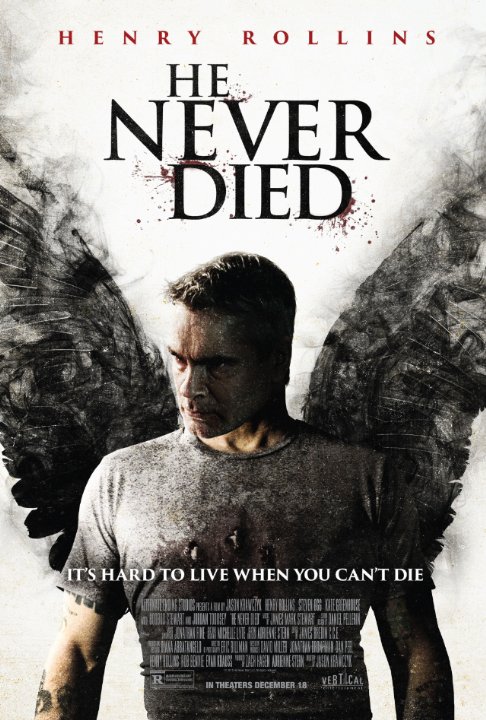 I received my first computer just before I was entering high school and I quickly took to spending my evenings writing stories. One of the first stories I began to tap away at involved a girl who became involved with a vampire – a figure who was as deadly as he was seductive. I took inspiration from various vampire depictions that were popular at the time and it showed. He was dark, handsome, elegant, and, as clichés demanded, hunted for prey in New York City raves. Unsurprisingly, there was a bit of a love story. Nevertheless even then, despite being very much in keeping with contemporary vampire lore, this depiction of immortality didn’t feel right. I wrote about fifty pages and even though they are now lost to ether the core story has stuck with me, and in the two decades since I first began writing it I’ve periodically returned to the tale as something of a mental exercise, tweaking and adapting it over time.

As I contemplated immortality more deeply it lost more and more of its glamour, and so did my vampire. He went from dashing and regal to reclusive and mentally unhinged. He didn’t frequent raves and live an unlife of bacchanalian excitement but sometimes slept for days or sat in a room quietly for hours while time ticked by. The urgency of life which propels us was forgotten to him, and when he wasn’t dangerous he was a person who people would frankly find boring to be around. Unlike supposed movie immortals who appear to shop at Hot Topic, my vampire became literally old fashioned, wearing out-dated, threadbare clothing, no longer able or willing to keep up with style trends. He loathed interacting and feigning niceties and dealing with the petty problems of pulse-pumping people, and had told so many lies and used so many names he had difficulty remembering which memories were real and which were fabrications. Furthermore, he became more dangerous. His personality was fractured from centuries of deceit and murder, and which personality one met depended on the depths of his hunger. If he needed to feed the man that ignored you the day before might now not hesitate to break your skull without a moment’s notice, and as your vision fades you’ll find no remorse behind his cold, staring eyes. I may sit down one day to rewrite the story in its transformed state, but it’s this version of everlasting life – particularly one that is also of everlasting violence – that seems the most real to me.

After watching Jason Krawczyk’s He Never Died (2015), it’s the similar depiction of immortality – of a monotonous existence devoid of empathy – that most impressed me. Krawczyk had Henry Rollins in mind when he wrote the part of Jack, an immortal cannibal who’s tired of life and wants as little to do with people as possible, and Rollins quickly signed on to do the part. Rollins is well-cast: he hits the right tone and delivers the dry wit that infuses the somber tale with welcome dabs of humor. In many ways Rollins plays opposite his own nature – he’s loud, energetic, and intense, whereas Jack spends his days sleeping and watching television, trying to go through existence expending the littlest amount of energy possible and similarly keeping his interactions with mortals short and impersonal, mostly for their own safety. Essentially, he’s bored and depressed. When he does go out, it’s to buy blood, eat vegetarian dishes at a local diner, or play Bingo with seniors. Jack has clearly done some terrible things, but two women enter his life who exploit the sliver of humanity that remains, if one can call it that. Jack’s connection to them is driven more by a sense of obligation than by anything that could be considered emotional. These aspects, and Rollins’s embodiment of them, are certainly the strongest aspects of the film and the ones which I most admire.

He Never Died tells a quirky tale of vampirism, biblical allusion, and sociopathic tendencies tentatively restrained. The budget is obviously low, and these financial limitations make themselves apparent in the meager and mostly off-screen action sequences. This is unfortunate, as the film feels largely like a somber, understated build to some explosive violence which seems to always be potentially brewing beneath Jack’s surface, but the eruption of said violence is rarely satisfactory. Additionally, there is a scene which I found confounding, where Jack is in search of his estranged daughter and appears to detect her behind a bookcase, but he then leaves and goes on searching only find himself back at the same exact bookcase as though he never suspected it the first time. It’s a directorial choice I found overall confusing. Likewise, there’s a gratuitous application of Dutch angles and sometimes the editing makes it difficult to determine how much time has passed.

If one really wanted to tear this film apart, one would find ample ammunition to do so. But I am not so inclined. Despite some shortcomings I feel that He Never Died is a ride worth seeking out. Rollins carries the role well and there are enough ideas and circumstances here to entertain even the most discerning of viewers.