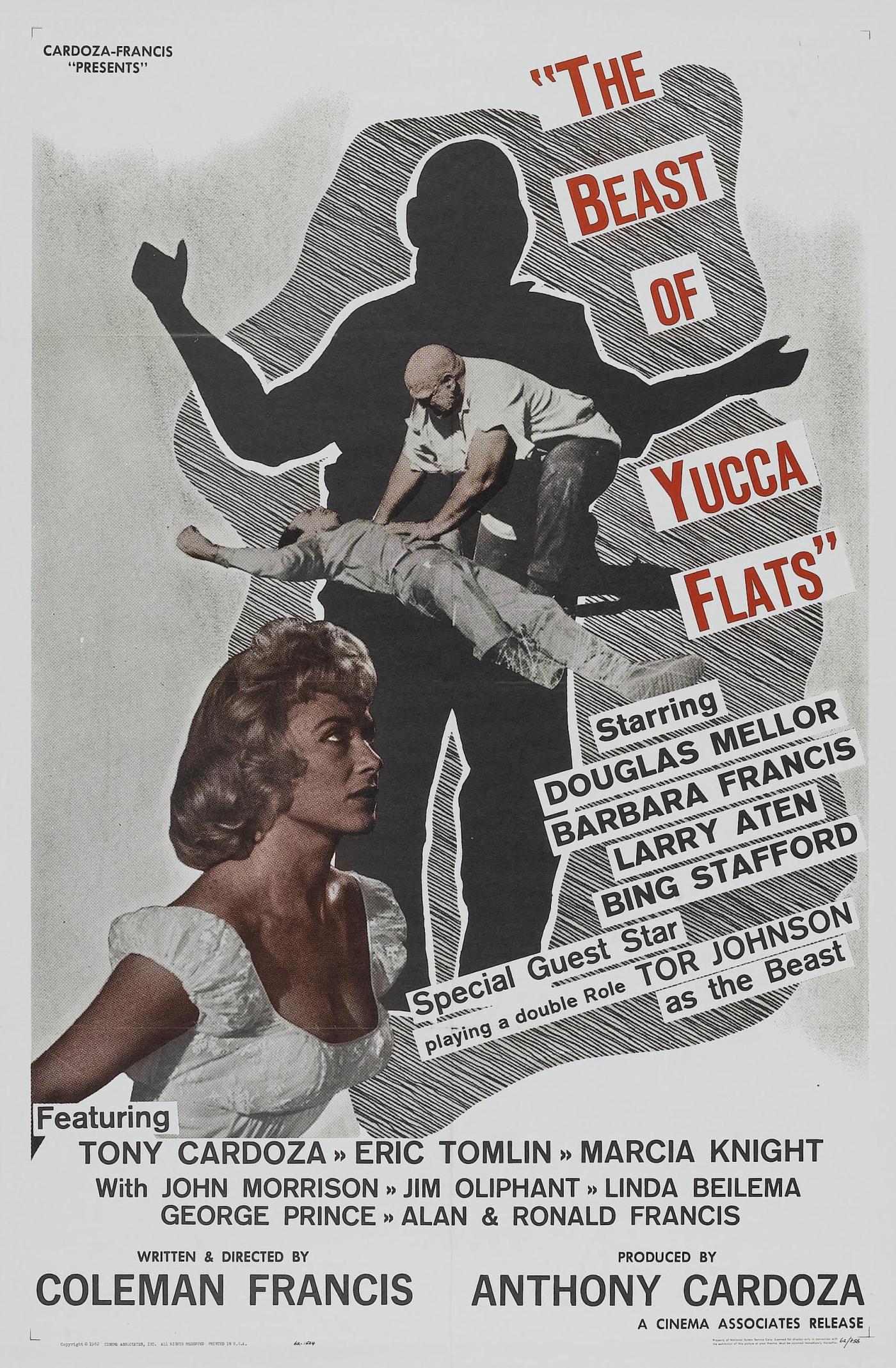 The film, written and directed by Coleman Francis, opens with a woman getting out of a shower and toweling off. She then sits down on her bed and looks up rather indifferently as a man’s hands slowly reach out and strangle her. The man then places her fully on the bed and the audience is given a dose of implied necrophilia. This would be disturbing if it at all fit or had any bearing upon the rest of the movie, which it does not. In fact, when asked about the scene’s existence by film historian Tom Weaver, producer Anthony Cardoza explained: “Uh … Coley liked nudity. That’s it! [Laughs] Her name escapes me; she was an Italian girl from New York. I saw her that one time there, and that was it. She was choked by a guy who doubled for Tor Johnson. (That was obvious, right?)” Therefore, it’s best to forget about it as quickly as possible and attempt to refocus on the rest of the mind-numbingly boring The Beast of Yucca Flats (1961).

Just as I had promised in my review of Plan 9, Tor Johnson returns to the list as a Soviet scientist-turned-monster after being exposed to nuclear radiation, condemned to wander Yucca Flats and slowly strangle people. The movie was filmed without a soundtrack, so we get added special effects, voices that are heard only when mouths can’t be seen so that the audio would not have to be synchronized, and the rambling and repetitive narration by Francis where he says the word “progress” more times, and more nonsensically, than any word should be used: “Boys from the city. Not yet caught by the whirlwind of Progress. Feed soda pop to the thirsty pigs.” It’s the kind of smug dialogue that only Rod Serling could pull off in small doses in The Twilight Zone, but throughout an entire film it becomes nearly unbearable. 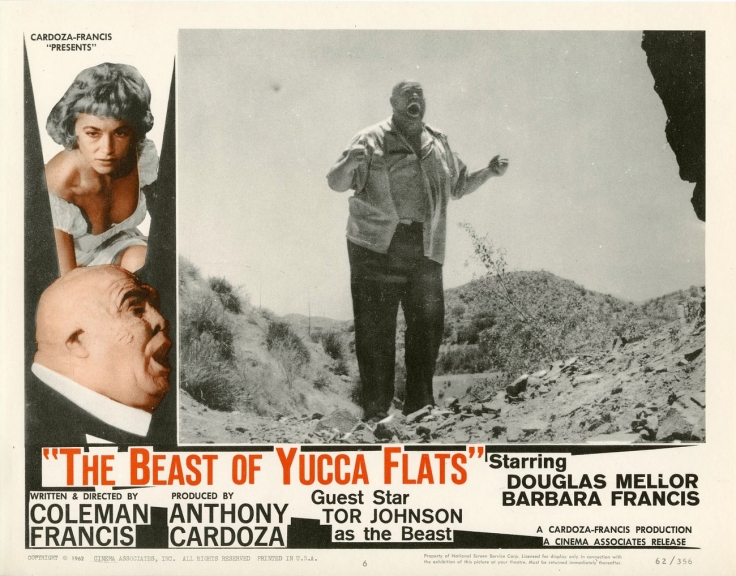 The film is largely a test of endurance, though those who make it to the final moments do get a treat when a rabbit unexpectedly enters the monster’s death scene. As Anthony Cardoza said of it in that same interview with Weaver: “The rabbit comes up to Tor Johnson during his death scene. And do you know that that was a wild rabbit that came up to Tor? That wasn’t a trained rabbit, it was a baby jack rabbit that came out of nowhere, a bunny. It was like a miracle – he came over to Tor while we were shooting, and he was lying on the ground dying. Tor opened his eyes and saw it and kissed it. Can you imagine that? Isn’t that an amazing scene?” Admittedly, it kind of is, but it’s not enough to make up for the confusing, boring slog of the movie that precedes it.