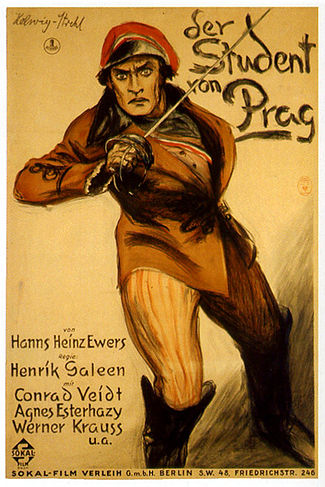 1926’s The Student of Prague, also known as The Man Who Cheated Life, is a remake of Hanns Heinz Ewers’ 1913 film, which starred Paul Wegener, was directed by Stellen Rye, and which had been inspired by Edgar Allan Poe’s “William Wilson” (1839). The film is directed by Henrik Galeen, who wrote and co-directed 1915’s The Golem and co-wrote Wegener’s 1920 classic, wrote the screenplay for Nosferatu (1922) and Waxworks (1924), and wrote this screenplay as well. In 1928 he would go on to direct Alraune. In this film Galeen uses some of the tricks learned from Murnau in Nosferatu, such as Scapinelli’s disembodied shadow manipulating physical objects.

The story is of a Prague student named Balduin who signs a contract with the mysterious Scapinelli, promising him anything in Balduin’s room in exchange for 600,000 florins. To Balduin’s horror, Scapinelli chooses the young man’s reflection and commands the doppelganger to ruin the real Balduin’s reputation and good name. The movie follows the same story-line and structure as Stellen Rye’s original movie but with understandably more flair and sophistication as filmmaking had advanced considerably in the intervening years. Steve Haberman writes of Galeen’s style:

[He] incorporates a Romantic use of natural locations, cinematic subject shots and montage, studio-built landscapes of the mind, chiaroscuro lighting and camera-sensitive acting. Whereas Rye in 1913 staged scenes in a single static shot, like illustrations to a storybook, Galeen marshaled all of the arsenal of cinema to involve the audience emotionally in each moment. The result is one of the most moving and filmically complex works of the German screen. (Silent Screams: The History of the Silent Film, pg. 78) 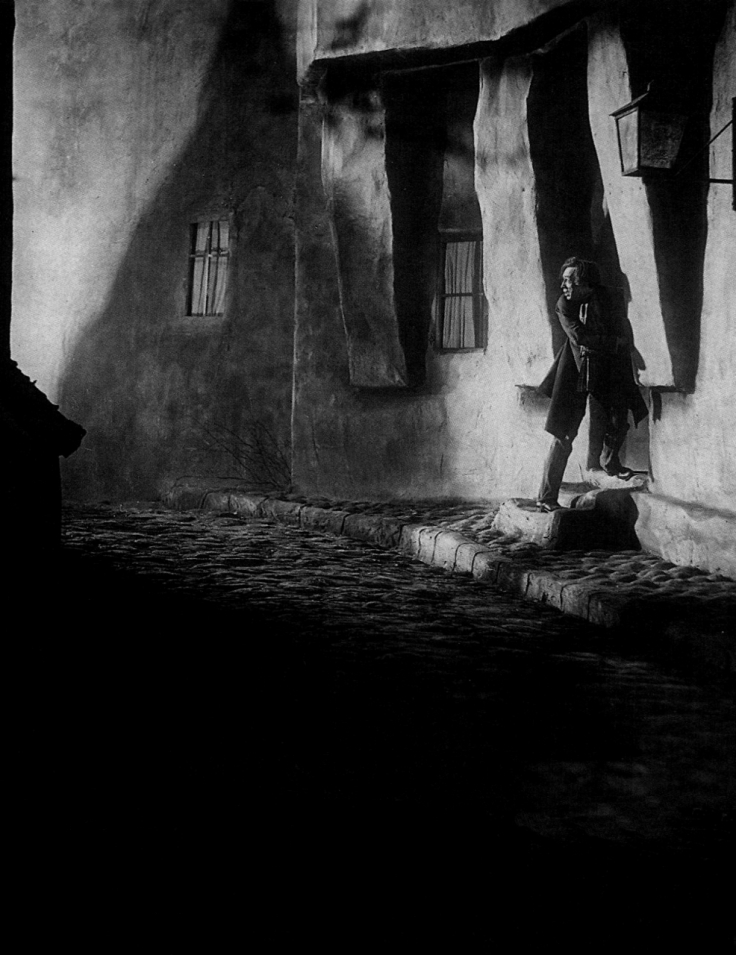 This film once again reunites Conrad Veidt, who plays Balduin, and Werner Krauss, who plays Scapinelli, both of whom had appeared in The Cabinet of Dr. Caligari (1920) and Waxworks (1924). Seeing Krauss commanding Veidt’s slow-moving double draws direct parallels to their earlier Caligari and somnambulist roles, both in their spirit and in their mannerisms. Veidt, in particular, carries the central role well and, as always, hands in a master-class performance. The sets are designed by Herman Warm, who created the exquisite Expressionist sets for Caligari, and though more realistic are perfectly suited to enhance both the mundane and fantastical elements of the film.

Unfortunately, as of this writing the only copy currently available is a poor VHS transfer from Alpha Video, and The Student of Prague is a film that deserves a good print. It’s a solid movie which effectively uses special effects to bring the haunting story to the screen.

The Student of Prague is available on DVD.

1926, A Play of Light and Shadow, Horror, Movie Review, Silent Film, The Student of Prague